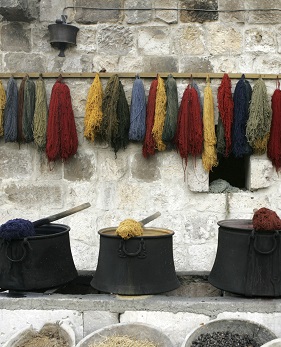 Optimism has been low since a crash in the value of the Turkish lira, but prices are now believed to have stabilised and some sources expect them to trend upwards from here.

Demand has improved this week, for fibre in particular, as it is currently the high season.

Supply levels are tightening and there have been some delayed shipments that have forced players to seek alternative arrangements.

Converters and traders in Turkey have avoided building stock in recent months due to the volatility of the economy, so there has been a reliance on deliveries.

Ready material has been used in recent months.

Many players have now taken a step back to observe how the market develops now that key player China has returned from the week-long Lunar New Year holiday. They  are also waiting to see what suppliers offer in March.

If China comes back strongly it could attract potential volumes away from Turkey.

In the meantime, the improving sentiment may also encourage sellers to attempt to increase prices following depressed values in recent months.

Iranian sellers are not offering any material into Turkey at the moment as domestic demand is strong ahead of the Nowruz New Year holiday.

This coincides with the high fibre season in Turkey.

Raffia, by contrast, is less in demand and is in low season although prices have increased due to its lower availability.

Natpet's Yanbu, Saudi Arabia PP unit will remain shut for most of this year, and there have also been other production issues in the Middle East.

Further increases in demand could put a strain on limited availability, especially if China returns from the Lunar New Year holiday with large requirements. 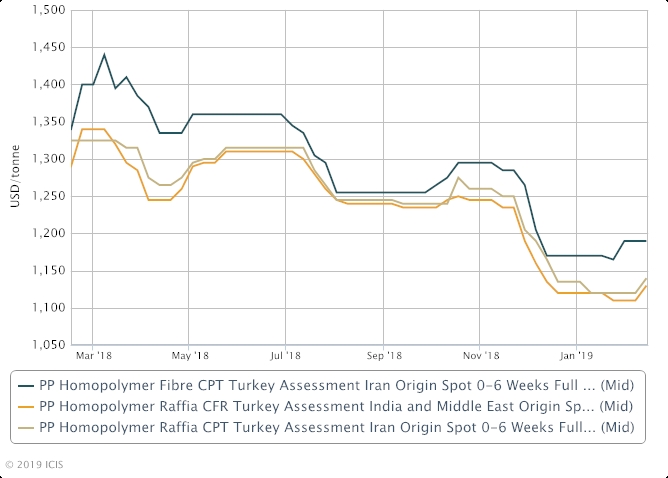