Sasol has pushed back the estimated start-up date for its new cracker in Lake Charles, Louisiana to July, a five-month delay from its most recent estimate, as projected costs of the petrochemicals complex continue to rise, the South Africa-headquartered producer said on Friday. 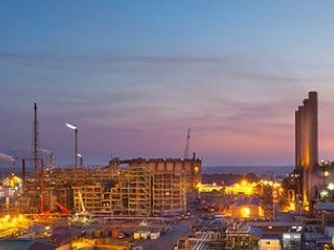 Inclement weather in the closing months of 2018 have added to costs and resulted in delays to construction, exacerbated by high absenteeism among workers and unforeseen additions to the scope of the works mean that the final cost of the complex is likely to be $11.6bn-11.8bn.

A $200m contingency and weather provision represents the difference between the upper and lower ends of the range, Sasol added.

The extent of the delays have led Sasol to cut its expected  fiscal year 2019 earnings before interest, taxes, depreciation and amortisation (EBITDA) contribution from the complex from $110m-160m to a loss of $165m-195m.

Weather issues and engineering cost and wage over-runs have dogged the project and inflated the budget, which was hiked by $2bn in 2016 to $11bn and by a further $130m in late 2017 due to the impact of Hurricane Harvey.

The latest budget increases are the result of a cumulative month of work being lost due to excessive rainfall in late 2018, worker absenteeism around public holidays, incomplete engineering work on the cracker that had not previously been noticed.

“These factors were assessed and quantified late in Q4 CY2018 [calendar year 2018] and where feasible, management interventions were put in place to arrest the controllable trends," the company said.

"Unfortunately, the mitigating actions were not successful in reversing the full impact on schedule and cost."

The linear low-density polyethylene (LLDPE) unit at the complex reached mechanical completion in December 2018 and produced its first material in 2019, but full operation is not expected now until February, and projected start-up dates for most units have been pushed back.

Engineering and procurement is largely completed at the site, and construction is 84% finished as of the end of December 2018, the company said. Overall project completion stands at 94% and capital expenditure thus far has come to $10.9bn.


The Lake Charles project is the only US megaproject Sasol has pushed ahead with, after canvelling its $15bn Louisiana gas-to-liquids (GTL) project.

The cancellation of that project and the ongoing issues with the Lake Charles investment has led the company to rethink large-scale capital projects in favour of smaller $500m-1bn ventures.

Even before the announcement of the latest delays, weaker spreads between LLDPE and ethane had led Sasol to downgrade its earnings contribution expectations for LCCP for fiscal 2019 from $400m to $250m-300m.